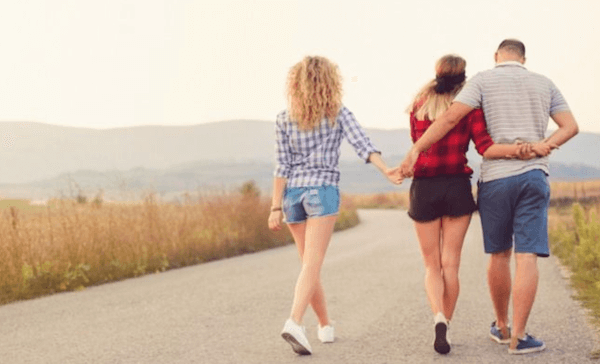 Polyamorous comes from the root term polyamory which is a general term for a non-exclusive, non-monogamous and consensual romantic relationship. It is based on ethical and responsible open relationship wherein romantic and sexual partners are free to date and to commit to other people but with the consent of all parties involved.

This means that even if you are already committed to someone, you and your partner can still date other people and have other relationships as long as it is based on consent and honesty. Basically, the practice of polyamory disregards the view that; exclusivity is necessary for deep and long-term romantic relationship. Still, a lot of people will find polyamory complicated especially when it comes to managing jealousy between all the parties involved.

We have encountered a couple, Mark and Casey, who have been together for 8 years. No matter how challenging it was for them to maintain a steady relationship, they didn’t want to break up. For them, one is essential to the other due to years of being together and sharing almost everything. However, both Mark and Casey had become very accustomed to each other. They were partners and best friends.

Mark and Casey realized that they wanted to start seeing other people without necessarily losing each other. So they agreed on a polyamorous relationship wherein they can both go out on dates but still have each other. They based everything on consent, honesty and communication.

There are days when Mark and Casey would openly discuss their newfound relationships even as they manage their own. They still live together in one house, share things like they usually do, and even have sex together – just like any regular couple. However, outside their house, they’re seeing and dating other people. That’s how their polyamorous relationship works. And surprisingly, they are able to manage it well.

Now that you have a better idea about polyamory, would you consider such arrangement? Do you have the heart and the mindset to understand or accept such relationship? Still, choosing to do so is a mature decision because it demands a different level of understanding and openness to make it work. After all, we are free to make certain choices in this life just as long as we don’t end up hurting anyone.